Velocity: The Future of Blockchain Propagation

Blockchain technology, although revolutionary in principle is not without it’s set of challenges in practice. At our current state, these blockchain networks have propagation methods that result in bottlenecks leading to high latency and more frequent orphaned blocks. High latency meaning long delays in network transmission, and orphaned blocks referring to blocks that have failed to propagate to the network. These challenges create long delays in transactions, high bandwidth requirments, and opens the door for malicious activity. 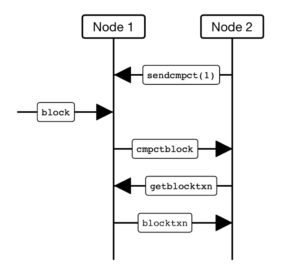 Researches in the propagation field have implemented strategies to improve block propagation methods in order to solve major setbacks in the technologies adoption. Most notably Bitcoin Improvement Protocol (BIP) 152 introduced compact blocks to accelerate the propagation process on the Bitcoin network. This approach provides a reduction in payload size of each block, decreasing the processing time for each node in the network. Unfortunately, this solution didn’t come without a caveat. In order to propagate these compact blocks, transmissions of “short IDs” are required between nodes to identify missing transactions. These ”short IDs” take up additional space creating bottlenecks, and high latency when a single node is required to process many unknown transactions. The figure to the right depicts a high bandwidth compact block propagation: 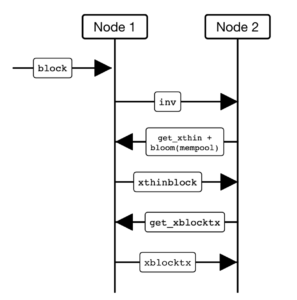 The next attempt to improve block propagation techniques was introduced in Bitcoin Unlimited Improvement Protocol (BUIP010) and was called Xtreme Thin Blocks (X-Thin Blocks). Leveraging bloom filters, this process has an advantage in being able to compare missing transactions more efficiently. However, X-thin blocks require back and forth communication between nodes which leads to delays in propagation for high latency networks. The added overhead of this process can also allow for malicious nodes to send falsified filters resulting in network collision attack. The figure to the right depicts an X-Thin Block Propagation: 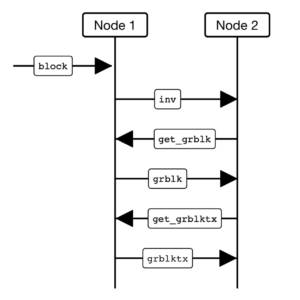 Implementation of Graphene has been successful due to its decrease in bandwidth utilization which offset the additional costs incurred by a more expensive computationally contributions. Unfortunately, like our other two proposed propagation methods, Graphene isn’t without its problems. This approach relies heavily on nodes maintaining an in-memory pool (or mempool) of transactions. This makes it impractical for synchronization between nodes as they are unaware of transactions. The figure to the right depicts block propagation using the Graphene method:

Each of the above propagation protocols relies on a single peer to send the complete block data as opposed to using multiple peers to transmit partial block data. That means that these methods can only be used to receive blocks that are currently being propagated, and cannot be used to sync new nodes. Researchers at the ASU Blockchain Research Lab have determined that existing methods of block propagation are inefficient. As a solution to the challenges blockchain networks faces with propagation, ASU researchers propose what they call Velocity block propagation.

In order to address the challenges faced by traditional block propagation methods, researchers at Arizona State University have introduced a method called Velocity. This method uses the error recovery properties of rateless erasure codes to allow multi-origin, simultaneous-broadcast block propagation, rather than single-source direct transmission. This means that rather than having a single peer send the complete block data, they’re using a technique which allows for multiple peers to transmit partial block data. As detailed in section 3  of the research “Velocity: Breaking the Block Size Barrier”  at a high-level the velocity protocol is as followed: 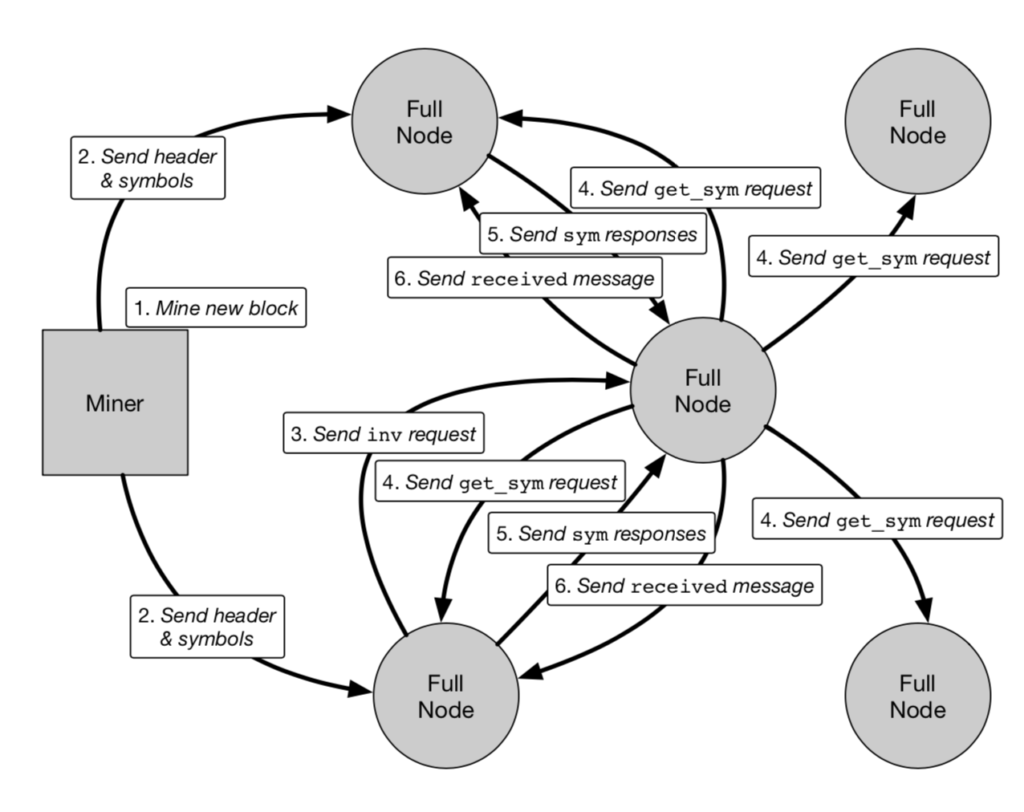 Intentions of the experiment are to understand the scalability characteristics of Velocity with varying block sizes, symbol counts, and numbers of connections. The Velocity block propagation protocol ran on a Dash Network Simulator created by researcher Nakul Chawla. The network was initialized randomly in order to match the real-world distributions of the Dash Network. To model realistic transactions, researches use underlying information from which samples are taken uses real-world transaction data from the Dash blockchain. Transactions are randomly generated to maintain characteristics similar to real-world observations. Parameters of the research are as followed:

In order to evaluate the simulation’s performance, researchers track both block orphan rate (amount of mined blocks failed to be added to the blockchain), and the median block propagation time (median time cost (in seconds) for block propagation to all of the nodes). Researchers also observe the relationship between these outcomes and the predetermined block sizes and symbol sizes. Furthermore, they analyze the simulations data to determine the proper relationship between symbol size and block size for propagation to be optimal.

The observed data and interpretations for the simulated experiment as found in section 5 “Performance Evaluation” C2: 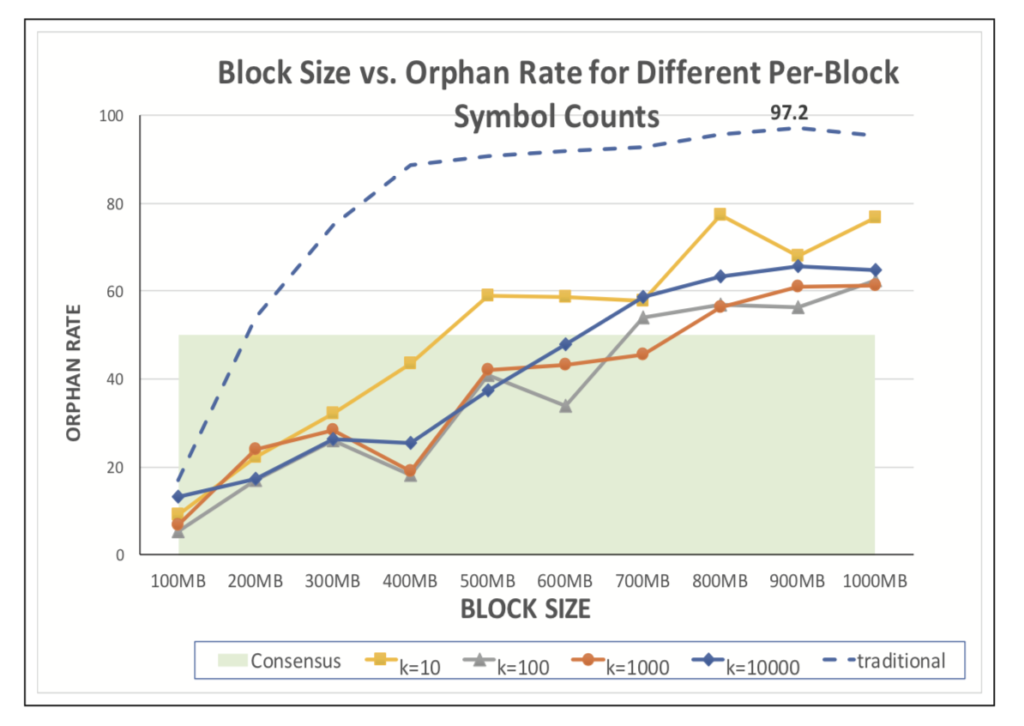 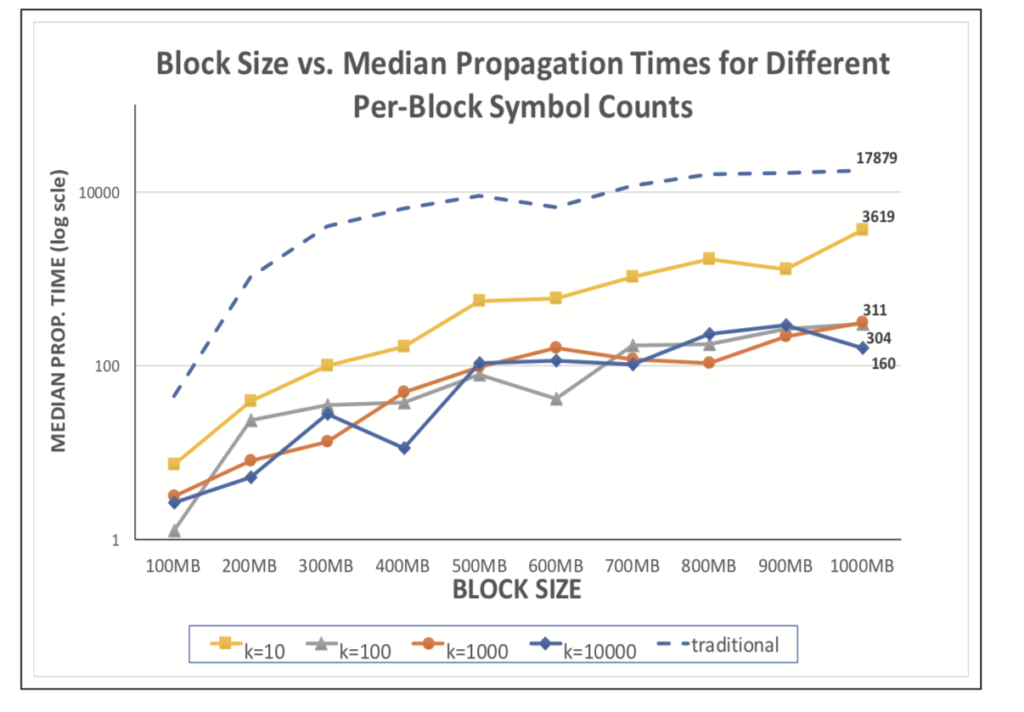 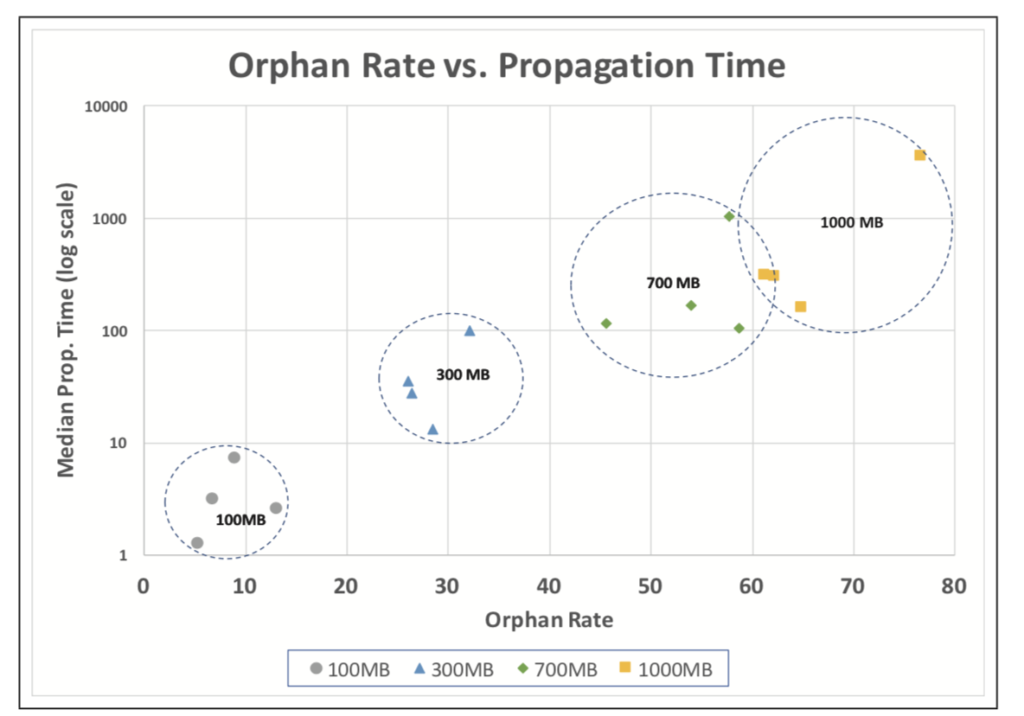 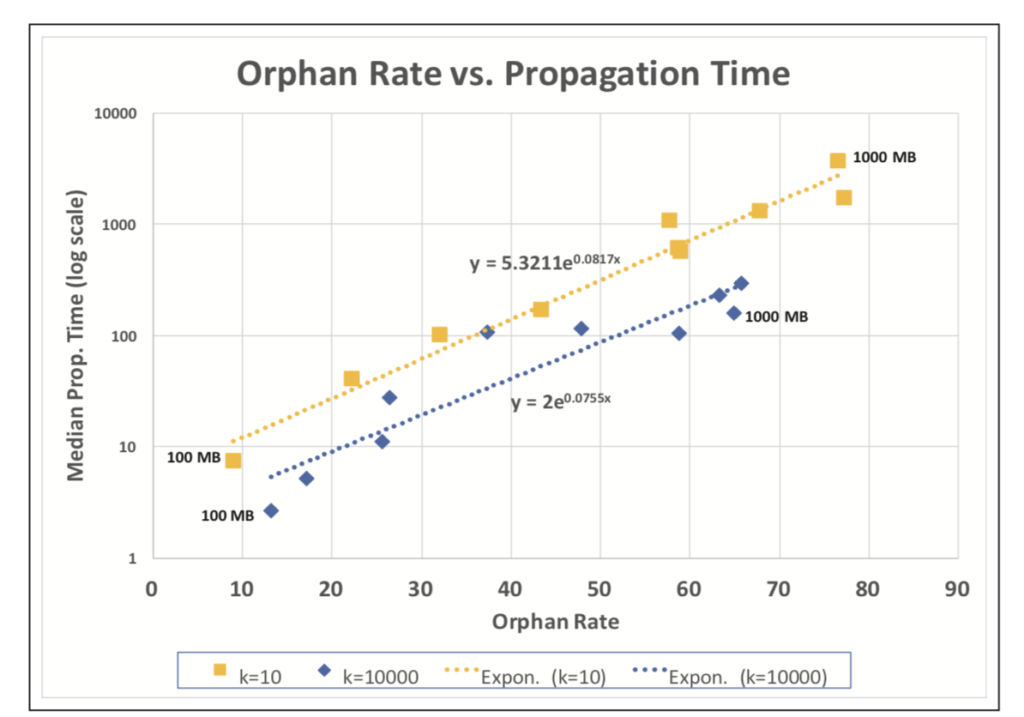 Prior to “Velocity: Scalability Improvements in Block Propagation Through Rateless Erasure Coding”, it was believed that the Dash network could scale to a maximum of 4MB blocks using the ‘compact’ propagation approach, or to 10MB blocks using the ‘XThin’ approach while maintaining orphan rates below 1%. Results from “Velocity: Scalability Improvements in Block Propagation Through Rateless Erasure Coding”  have shown that using the proposed Velocity protocol as part of hybrid propagation strategy can facilitate increases in block size which exceed previous estimates for a network which adopts this approach. It is to be noted that although orphan rates are higher than traditional methods, the levels of these rates are capped below a network consensus determined threshold. Current propagation techniques that result in fast propagation and low orphan rates for small blocks are highly dependent on memory pool synchronization. If memory pools (of the peers propagating blocks) do not synchronize, the methods fail to relay blocks faster and fall back on traditional propagation. Analyzing the above results, researching have concluded that utilizing data aggregation techniques on a node for data propagation works better than syncing blocks using one peer. The advantages when nodes relay symbols instead of the full blocks are detailed in section six of the research “Conclusions and Futurue Work”:

The advantages listed above are to help nodes propagate larger blocks faster without increasing orphan rates by compromising amounts. It’s to be noted that Orphan rates do improve when sending fountain codes instead of fetching the block from a single client; an example is as followed: the rate for 100 MB blocks drops from 17% to 9%, increasing miner profitability while maintaining network consensus  up to 600MB blocks, compared to 100MB for conventional approaches.

By significantly reducing the payload while sending a draft or sketch of the whole block, researchers have determined that orphan rates can be reduced while transmission speeds are increased. Looking towards the future, researchers from the ASU Blockchain Research Lab intend to explore the extension of these approaches through a hybrid method that leverages the advantages of fountain codes to improve the re-transmission of block data by methods of blocktxn, xblocktx and grblocktx, respectively. However, as mentioned at the beginning of this research synopsis, there’s always a caveat, and challenges still remain for the Velocity porpogation protocol and it’s team of researchers at Arizona State University.